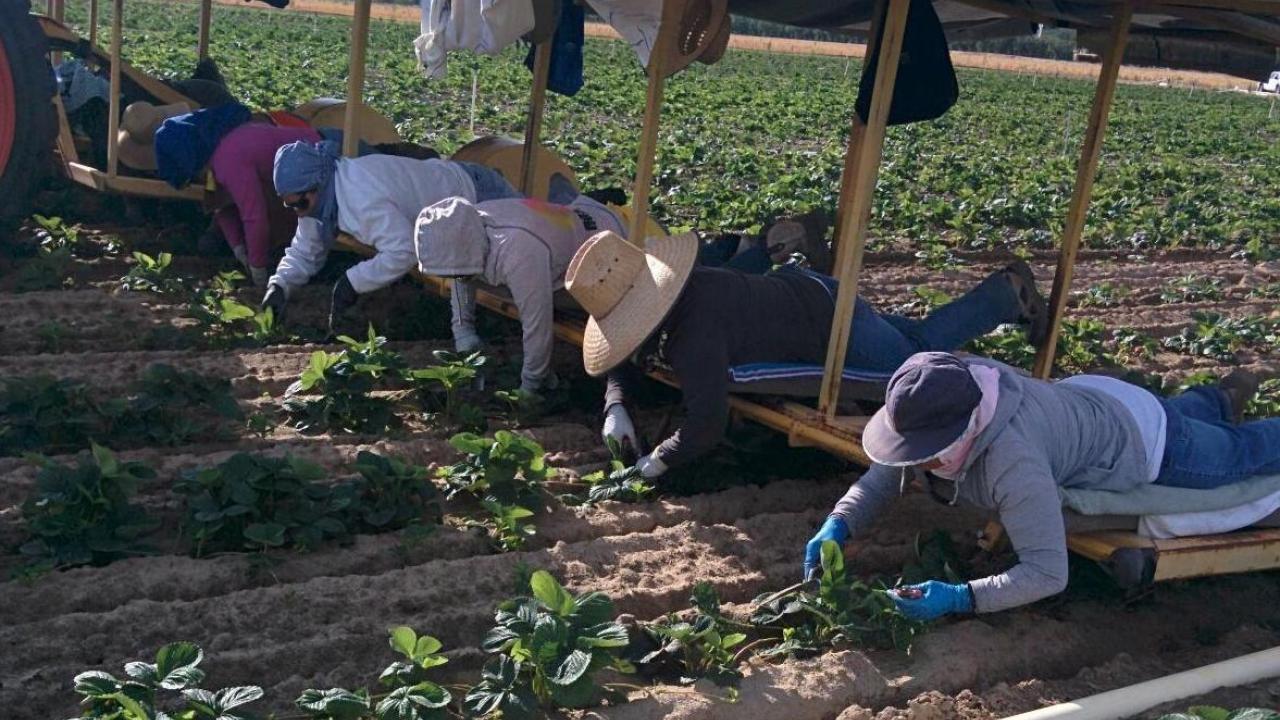 This blog was originally posted by the Public Policy Institute of California on May 23, 2017, by Jelena Jezdimirovic. California's labor shortage has implications for farmworker wages, health benefits, and work conditions as employers compete for a shrinking resource.
By Jelena Jezdimirovic

This year’s rains brought a welcome respite to California’s farmers, who had grappled with surface water supply shortages for the previous four years. But now farmers are increasingly worried about the availability of another crucial element to their farms’ productivity―farm labor. The connection between farm labor and immigration patterns was among the topics covered in a recent conference at UC Davis.

California is the nation’s largest farm state and a world market leader. This impressive productivity relies largely on an immigrant farm labor force. According to a federal survey, 9 of 10 crop farm workers in California are foreign born, largely from Mexico. More than half of crop farmworkers (56%) are undocumented immigrants.

Contrary to popular belief, immigration from Mexico to California has declined over time. In the early 2000s, close to a third of the crop farm workers were "newcomers”―foreign-born workers whose first arrival to the United States occurred within the year of the survey. The share of newcomers has fallen drastically in the last several years, and was down to 1% in 2013–14.

These immigration trends bring up short- and long-term concerns about the farm labor supply. In the long run, farm employers will have to figure out how to deal with declining immigration. The more immediate worries surround undocumented workers currently in California and the potential effects of the Trump administration’s stepped-up enforcement of immigration laws.

Which combination of these four strategies is likely to prevail will depend on the effects of another upcoming change―an increase in the statewide minimum wage, which will incrementally rise from $10.50 to $15 an hour by 2022.

Experts at the UC Davis conference agreed it is likely that the new federal administration will build on the Obama era efforts, when a record two million foreigners were deported over eight years. A panelist at the conference argued that mass deportations are highly unlikely, mainly due to capacity constraints in the federal agencies responsible for deportations. However, the effects of increased enforcement mechanisms (such as requiring all employers to check the legal status of new hires through the online E-verify system) and other factors might shrink California’s farm labor force supply 6–9% in the short term. These effects will not be due to undocumented immigrants leaving the US ("self-deporting”) but due to their "hunkering-down”―perhaps working less hours than usual or moving from farm to farm for seasonal work less than before, in an effort to reduce their chances of deportation.

Senator Dianne Feinstein has introduced a bill that aims to shield undocumented farmworkers from deportation by putting them on a pathway to legalization. The Agricultural Worker Program Act would also provide a path to legal permanent residency to some undocumented farmworkers in the US. But immigration reform is not an easy lift, and the bill’s fate is uncertain. In the meantime, farmers will have to hope the 4-S plan can keep the crops moving from farm to table.