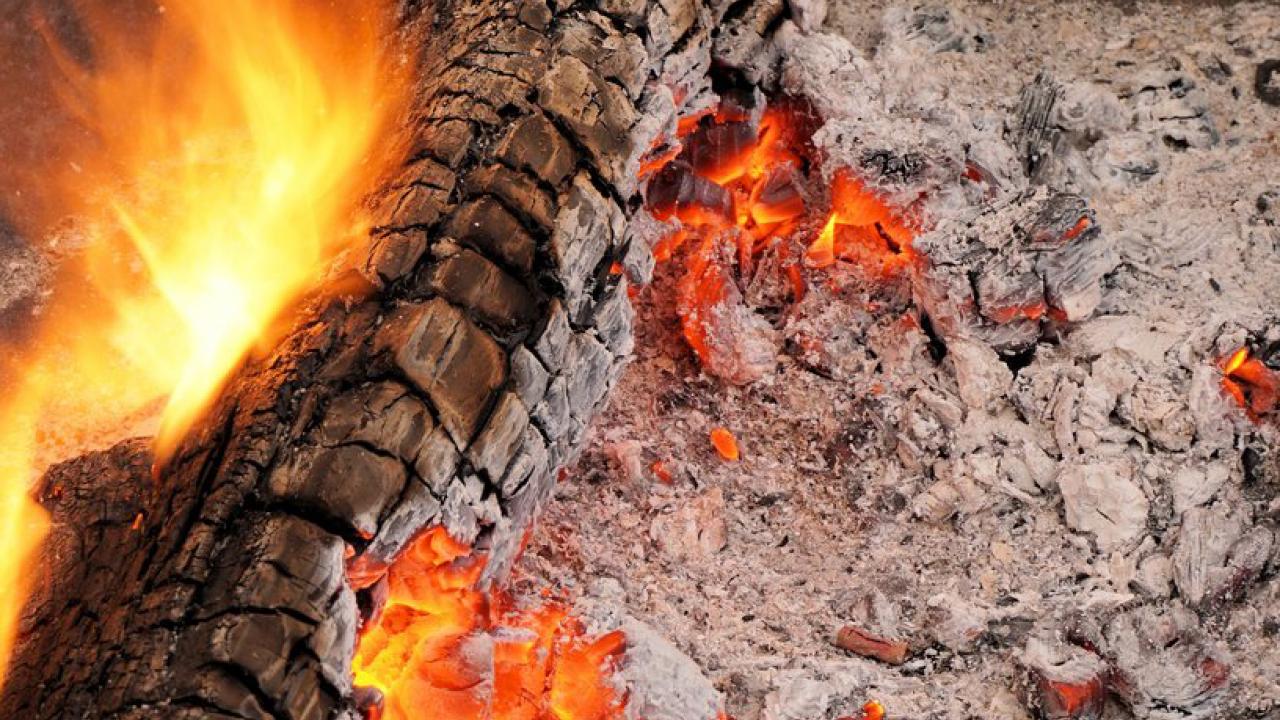 This article summarizes some of the findings of “Chemical composition of soil-associated ash from the Southern California Thomas Fire and its potential inhalation risks to farmworkers” by Xiaoming Wan, Chongyang Li, and Sanjai J. Parikh published in the Journal of Environmental Management (2021)

More wildfires may also bring greater health risks, particularly for farmworkers who live and work near burned areas. Wildfire smoke has been linked to exacerbation of asthma, chronic obstructive pulmonary diseases, and cardiovascular illnesses, among other problems.

In addition to the health risks of wildfire smoke, residual ash (such as ash from burned trees, construction materials, and household chemicals) can emit particulates which contain chemicals that can be inhaled. However, there are few studies that assess the health risks to farmworkers working in fields and orchards with residual ash in the soil.

The research team, from the Parikh Environmental Soil Chemistry Lab at UC Davis, aimed to bridge this research gap. The study was led by Dr. Xiaoming Wan, a Visiting Professor from the Institute of Geographic and Natural Resources Research of the Chinese Academy of Sciences.

In their recent study funded by a rapid response grant from WCAHS, they examined chemicals contained in the ash layer deposited on the soil at a few different orchards following the Thomas Fire, a severe fire in Southern California that took place in 2017. The overarching aim of the study was to better understand the composition of wildfire ash and estimate the post-fire inhalation risks for farmworkers.

Researchers took ash samples and the corresponding soil samples beneath the ash layer from several orchards to measure and compare the levels of hazardous chemicals (polycyclic aromatic hydrocarbons) and toxic elements, such as arsenic and lead. They also sampled comparable soil from unburnt parts of the orchard as a control.

The ash samples contained significantly higher concentrations of toxic elements than did the corresponding soil samples from both the burnt and unburnt areas. There were similar levels of hazardous chemicals in both the ash and soil samples. In addition, ash samples are more prone to be emitted as dusts during agricultural activities compared to soils beneath.

In the hazard quotient analysis, which calculated the health risks caused by inhalation of toxic elements and hazardous chemicals, it was found that working on ash-covered sites could pose a higher health risk to farmworkers compared to those working on non-impacted soil.

Additionally, compared to previous published studies about the composition of fire ash, pollutant concentrations identified in this study were higher. The average frequency of fires in Ventura County has increased from about 7.35 wildfires per year over the past century to 69 fires in 2017 and 43 in 2018. The researchers concluded that the history of repeated wildfires could contribute to an accumulation of hazardous chemicals and toxic elements in the soil.

Ash samples should be collected in high risk areas and sent to the local agriculture department for analysis of heavy metals, and if possible, the ash layer should be wetted and buried beneath a layer of soil to decrease the exposure to the higher concentration of toxic elements in ash.