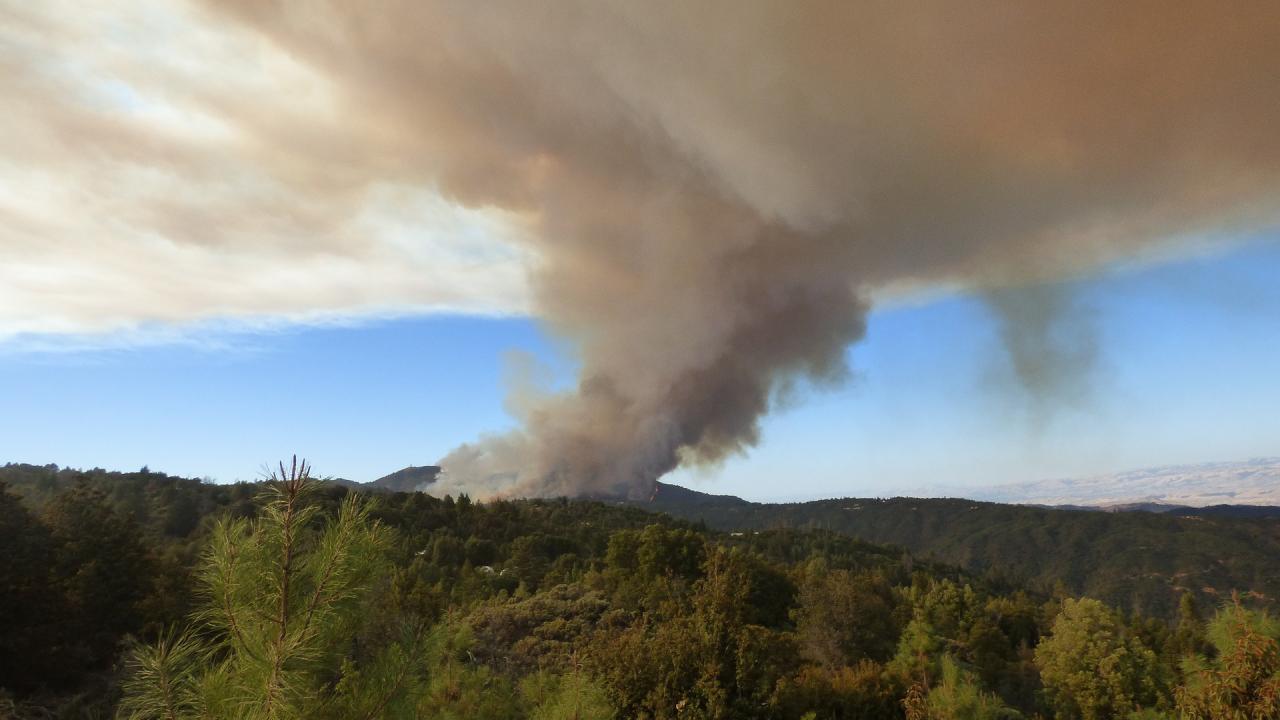 During the May 8 advisory meeting of the California Division of Occupational Safety and Health (Cal/OSHA) on Petition 573, the proposed emergency regulation to protect outdoor workers from wildfire smoke, perspectives from community members, organizations, and academic scientists were heard regarding the proposed emergency standard.

To gain insight into some of the perspectives expressed at the advisory meeting, WCAHS interviewed three experts in the field.

Please explain the science behind the current AQI threshold for PM 2.5. How is it determined what is "healthy" and "unhealthy"?

The Air Quality Index (AQI) represents a daily measure of air quality. It simply tells one how clean or polluted the air may be on any given day. The number value of the AQI is associated with potential health effects. An AQI of 100 is set at the current national air quality standard. Air quality values below this level are considered to be safe for healthy individuals. Particulate matter (PM) refers to solid and liquid particles in the air (e.g. dust, pollen, water, chemicals). PM 2.5 refers to a size measurement of these particles (i.e. less than 2.5 microns in diameter). PM 2.5 is harmful since this size of particle can readily be inhaled into the lungs, where it can injure and damage cells and tissues and enter the bloodstream.

The AQI focuses on health effects that may be experienced within a few hours or days after breathing polluted air and is especially designed to provide a warning to sensitive groups such as children, the elderly, and those with preexisting cardiorespiratory disease (i.e. diseases that affect the heart and lungs, such as asthma and bronchitis). An AQI between 101 to 150 is considered as unhealthy for sensitive groups. An AQI from 151 to 200 is considered as unhealthy to everyone, while an AQI from 201 to 300 is highly unhealthy with the caution that people should stay indoors with effective air filtration systems for the residence or building.

[NOTE: In the recent round of edits, Cal/OSHA changed the threshold for mandatory respirator use from AQIs for PM 2.5 greater than 301 to 501, a threshold that is not on the Air Quality Index. According to AirNow.gov, an AQI of 301–500 is considered hazardous for everyone.]

During the recent wildfires, what were some of the AQI ranges we experienced?

In a few locations the AQI reached a high of 350 in Northern California, with lingering air quality conditions above 150 for several days in areas as far away as 100 miles from the site of the wildfire. Once the wildfires were under control, the AQI in many regions dropped to below 50.

Based on the research available, how do short-term and prolonged exposures to these levels affect outdoor workers/laborers?

The short-term effects are immediate with eye, nose, and throat irritation; wheezing; shortness of breath; and possible irregular heart function involving heartbeat and/or arrhythmias. For those with preexisting conditions of asthma, bronchitis, or chronic obstructive pulmonary disease (COPD), wildfire smoke could exacerbate each of these conditions. Prolonged exposure to wildfire smoke might also increase susceptibility to respiratory infection.

What prompted CRLAF to petition for an emergency regulation?

The California State Labor Federation was the lead organization in the petition. Our organizations saw a need for regulation because we saw that many outdoor workers weren't being provided any training or respirators while working in very smoky conditions during the wildfires.

What have you heard from farmworkers and their communities? Both after last year’s fires and regarding this proposal?

Workers are very supportive of the proposal and many came to the April Standards Board meeting in Pasadena to show their support. Workers want training in how to prevent and recognize symptoms of smoke exposure, assurance that they can report symptoms to their supervisors without fear of retaliation, and clean, disposable (N95) respirators replaced at least daily if not more often if needed during smoky conditions. They also of course want work to be located in less smoky areas when possible, but farmworkers can't afford to take time off during the fires.

You and several other advocacy groups have requested a lower AQI threshold—can you discuss this?

We think the threshold should be an AQI of 101 for PM 2.5, the threshold level considered unhealthy for sensitive groups both because some workers have asthma or other preexisting health conditions that make them part of sensitive groups and because the AQI is designed to protect members of the public who are generally only outside for an hour or two a day. In contrast, farmworkers are outside for 8 or more hours performing physically demanding work. We also recommend reducing work intensity and increasing frequency of rest breaks when PM 2.5 levels are elevated due to wildfire smoke.

You and other advocacy groups have objected to the proposal to raise the threshold for mandatory respirator use to an AQI of 501—can you discuss this?

Protection should be mandatory to prevent hazardous exposures. Setting the threshold for mandatory respirator use at a level that is literally off the scale for the AQI is a dangerous precedent.

If the emergency rule is passed, what are the benefits for agricultural workers? Do you foresee any implementation challenges?

The benefits will include greater awareness of health hazards of smoke exposure, scheduling of work in less smoky areas when practical, and provision of disposable N95 respirators with training in how to use them. While enforcement always presents challenges, during past fires we have found it easy to access air quality data by internet, text alerts, TV, and radio.

Does CFBF have an official stance on the emergency regulation? Are there specific concerns regarding any aspects of the proposed language?

CFBF is supportive of the Board and Agency’s move to simplify provision of N95 respirators to outdoor workers on an emergency basis. During last year’s fires, many farm employers did provide N95 respirators in spite of the fact that doing so may have left them in violation of the respiratory protection standard because fit-testing and medical evaluations required by §5144 were not carried out.

Full §5144 compliance is simply not possible in a wildfire situation; it is impossible to preemptively fit-test and medically evaluate 400–500,000 farmworkers during peak harvest time to prepare for a fire that may never occur, and if a fire does occur, it’s impossible to accomplish those tasks in time to provide workers protection to work before the fire has resolved.

Our view is that provision of N95 respirators as envisioned by the draft regulation is a case of not allowing the perfect to be the enemy of the good, and we hope the Board and Agency continue on that course.

With that said, we have concerns about the trigger for compliance (AQI 150 conditional on being caused by wildfire smoke, or the possibility of exposure) is problematic because the second factor (possibility of exposure) is very vague; the requirement to progress through feasible engineering controls (none are available for this situation), administrative controls (which will generally entail not permitting employees to work) exposes employers to possible non-compliance when the obvious answer is to provide filtering face-piece respirators on an emergency basis on the same general terms as for voluntary respirator use.

Use of AQI, because of a lack of any other yardstick, is problematic too. Employers are responsible for managing exposures, which are measured by Permissible Exposure Limits (PELs), Threshold Limit Values (TLVs), and other measures with much greater understanding of exposures and preventative measures.

What have you heard from growers and other stakeholders—both after last year’s fires and regarding this proposal?

Last year, growers faced a quandary about responding to fires, and in many cases respirators were made available to workers if they wished to use them—technically, a violation of §5144, but the good intention was to provide some protection to employees. In many cases, work was simply stopped because of poor air conditions.

As to this year, there is some concern which I share about the emergency basis for promulgating the regulation; in this case, haste may cause problems that will need to be hammered out later in the permanent regulation, but in the meantime we’ll be living with the emergency regulation, warts and all. I think the basis of the emergency to facilitate the emergency regulation process is questionable. If the Board had not chosen that path and adopted the recommendation of its own staff, we would have had an advisory committee of all stakeholders to work out a carefully-crafted rule; this process will be rushed.

It seems the emergency declaration was prompted by the assumption that the future will be identical to the past, and as I’m writing this [on May 21, 2019], the weather seems to indicate that fire season may be delayed and therefore may not be as pronounced as the last two years.

In the absence of an emergency declaration, the agency could have chosen to issue enforcement guidance permitting employers to provide respirators under voluntary use rules and given time for a thorough, less-rushed notice-and-comment regulatory process preceded by reasonable discussions with stakeholders.

If the emergency rule is passed, what benefits for agricultural workers do you anticipate? Do you foresee any implementation challenges?

Agricultural workers will benefit from greater access to respiratory protection because their employers will have the assurance they can provide that protection without violating OSHA regulations.

The triggering mechanism for compliance will be problematic. Air quality and air pollution management agencies do not always observe uniform reporting protocols. For example, the San Diego county entity reports AQI at six locations in the county, and AQI can be different at each. Which value does an ag employer go by? The nearest by airline miles? The one on the same side of the mountains as my farm? The one downwind from my farm? And the Sac County agency reports only two values — for the city and for the county. Air conditions can be very different if my farm is located between East Roseville and I-5 than if my farm is in Sloughhouse.

The California Occupational Safety & Health Standards Board is scheduled to meet on July 18th in San Diego. During this meeting, members of the board will vote on the petition to establish an emergency standard to protect workers from wildfire smoke. If the Board approves the petition, the Office of Administrative Law (OAL) will have 10 days to approve and file with the Secretary of State, at which time the regulation will become effective. In anticipation of the 2019 wildfire season, WCAHS is developing safety and informational resources for agricultural employers and workers.