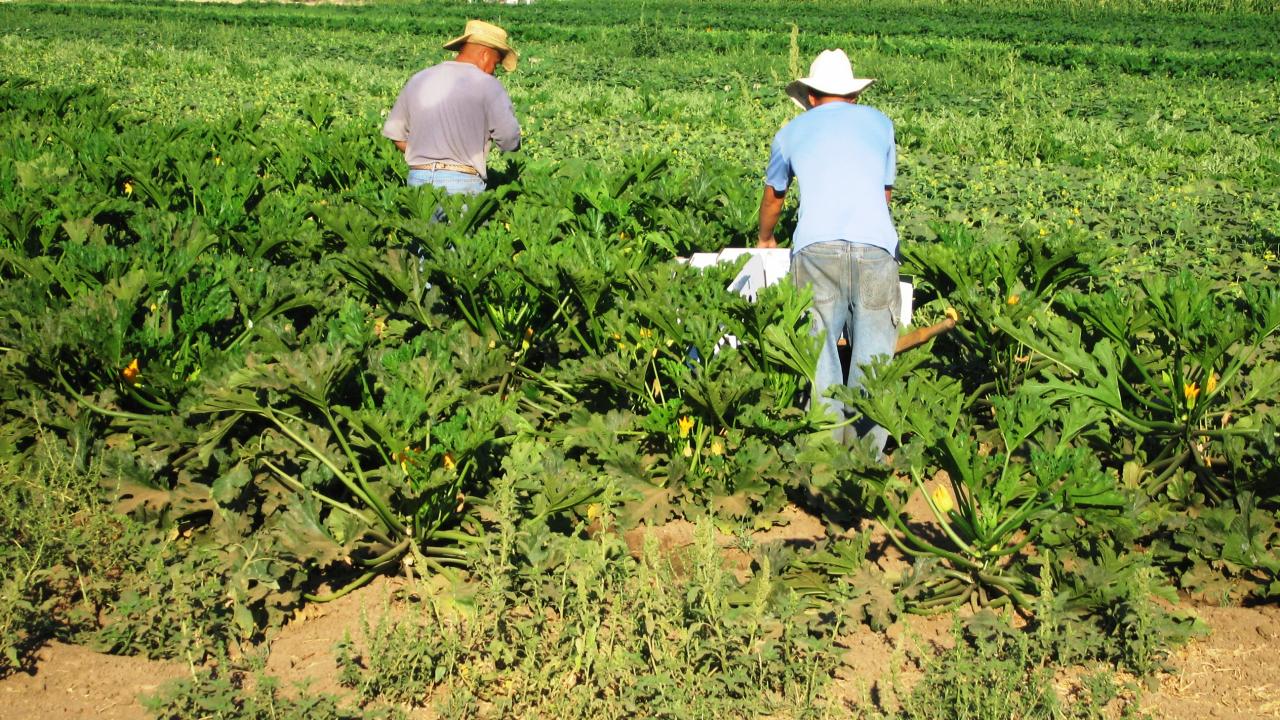 Unauthorized immigrants who work in the U.S. lack access to basic rights and privileges. They face a constant threat of detention and deportation.  They are also subject to discrimination, and they have little power in the workplace. These disadvantages and other disparities can pose problems for their mental and physical health.

Studying farm workers can help us understand the relationship between legal status and health.  In part, this is because agricultural work in the U.S. has the highest concentration of unauthorized immigrants. According to the PEW Research Center, approximately a quarter of farm workers do not have authorization to work legally in the U.S.

Although we might think that legal vulnerability would lead to poorer physical health, in a new study funded by the Western Center for Agricultural Health and Safety (WCAHS), we found the opposite. In our study, unauthorized farm workers reported good physical health. Their health was better than that of legal permanent residents (Green Card holders) and naturalized citizens.

To conduct the study, we used data from the U.S. Department of Labor’s National Agricultural Workers Survey (NAWS) from 2000–2016. The NAWS interviews workers employed in crop agriculture on the worksite. The sample of immigrants included naturalized citizens, Green Card holders, temporary visa holders, and people unauthorized to work. We wanted to look at whether there are differences in the prevalence of chronic health conditions and musculoskeletal pain by legal status. Our study included Mexican-born farm workers aged 18–64.

The survey asked farm workers if they had ever been told by a doctor or nurse that they have asthma, diabetes, high blood pressure, or heart disease. Unauthorized immigrants were half as likely to report a chronic condition as naturalized citizens, 15% of whom reported a chronic condition. Green Card holders were about a third as likely. We also looked at other factors that might explain differences in physical health. These factors included health insurance coverage, sex, education, marital status, family income, and time since migration. Even after accounting for these factors, unauthorized farm workers were still less likely to report chronic conditions than authorized farm workers.

The survey asked farm workers whether they had pain or discomfort in different parts of their bodies (back, wrist, fingers, etc.) in the past 12 months. These indicators of musculoskeletal pain do not require a doctor's diagnosis. Therefore, they might provide a more accurate picture of health than doctor-diagnosed chronic conditions. However, we also found evidence of a legal status gradient in reports of musculoskeletal pain. Accounting for differences in demographic factors, work conditions, and time since migration, about 1 in 6 unauthorized immigrants and 1 in 5 Green Card holders reported pain. This is fewer than the 1 in 4 naturalized citizens that reported pain.

Our study found that legal status is highly related to physical health among immigrant farm workers from Mexico, but in a way that was contrary to our expectations based on the substantial social disadvantages that unauthorized immigrants face in the United States. Counterintuitively, we found that physical health is worse among those with greater rights and privileges granted through immigrant legal status. This finding is consistent with a small number of studies that also find no differences in physical health related to legal status. It is possible that the challenges of migrating to the U.S. and working as an unauthorized migrant may require good health. This means that unauthorized workers are drawn from a healthier population than the pool of authorized migrants. However, we need more research to confirm the pattern we observed in this study and to understand its implications.