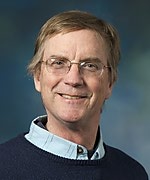 It’s easy to see the dangers of construction work, or to imagine why logging would be the single most dangerous occupation. But farm work is far from most people’s minds when it comes to dangerous work. It turns out that that’s partly because so little is reported about the dangers, either to the media or to government agencies.

New research, published in the April issue of the Annals of Epidemiology, by Dr. Paul Leigh of the WCAHS, finds that approximately 77% of non-fatal occupational injuries and illnesses in agriculture go unreported. Such a large undercount likely results in fewer private and public resources devoted to ameliorating agricultural safety and health threats.

The Bureau of Labor Statistics’ annual Survey of Occupational Injuries and Illnesses (SOII) estimates the number and types of nonfatal injuries and illnesses within and across all industries. Injuries include fractured bones, lacerations, severed body parts, and head trauma; illnesses include asthma, chronic obstructive pulmonary disease, and cancer. The SOII estimated there were 19,700 injuries and illnesses for crop farms and 12,400 for livestock farms in 2011. Dr. Leigh and colleagues estimated that the numbers of cases was actually 74,932 and 68,504, respectively, which means the SOII undercounted by 74% and 82%, respectively.

To arrive at these estimates, Dr. Leigh’s team constructed a model based on a series of assumptions and reliable ratios for injuries, illnesses, and employment, both within and outside of agriculture. The model relies on data from the National Agricultural Workers Survey, the Quarterly Census of Employment and Wages, and the Current Population Survey, as well as parameters from the research literature. The model’s sensitivity analysis generates a lower bound estimate for the undercount for both crops and livestock combined of 61% and an upper bound estimate of 88%.

Most of the causes of the undercount are readily acknowledged by the BLS. The SOII explicitly excludes farms with fewer than 11 employees, as well as farmers themselves, and family workers. This study is believed to be the first to estimate the percent of all agricultural injuries and illnesses attributed to farmers and working family members (34%). Dr. Leigh believes that this significant undercount also derives from the unwillingness of farm workers to report injuries to employers, as well as employers’ negligence in reporting.

Cover Your Face and Keep Your Space: COVID-19 Safety Reminders for the Holiday Season