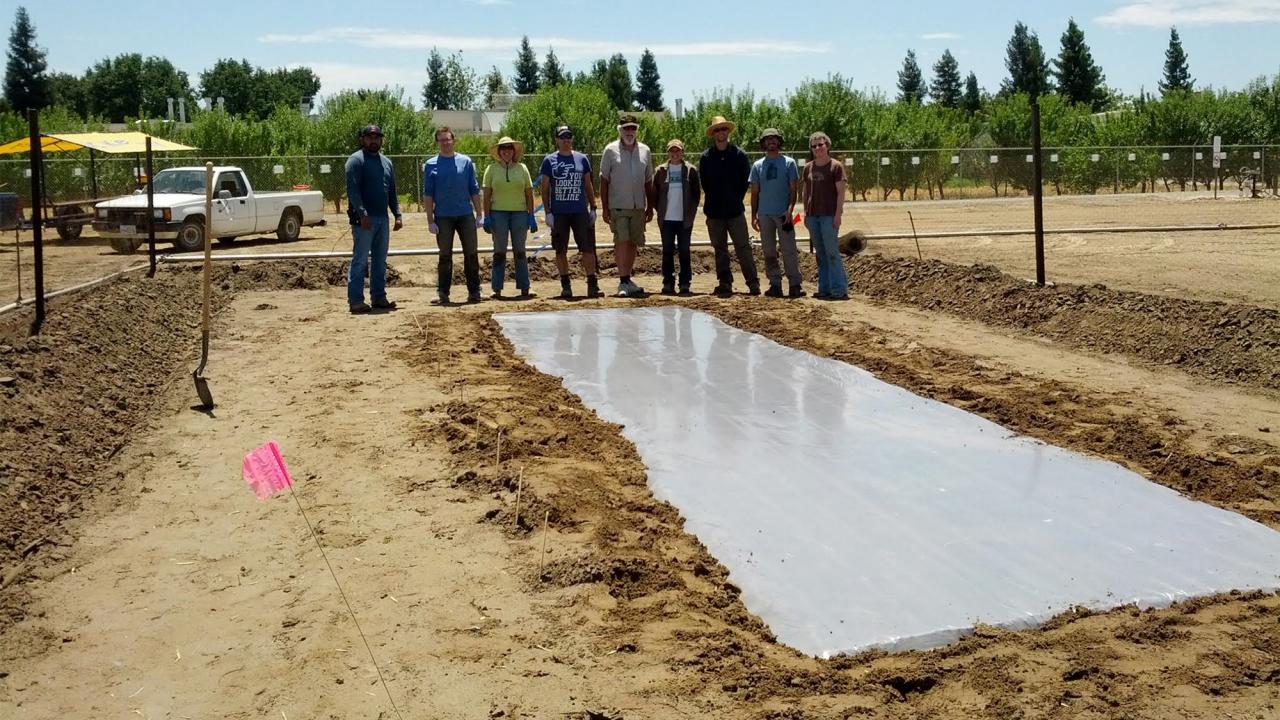 WCAHS welcomes new investigator Dr. Christopher Simmons to the research team. Simmons, an Assistant Professor in the UC Davis Department of Food Science and Technology, will be conducting a study on biosolarization as an alternative technology to soil fumigation. Soil fumigants are used to kill nematodes, weeds, bacteria, fungi, and insects that damage crops. Here, he talks about his research.

Why are alternatives to soil fumigants needed?

Conventional soil fumigants have been identified by federal and state regulatory agencies as carcinogens and both acute and cumulative toxins. Several instances of disease stemming from accidental fumigant exposure involving both agricultural workers and nearby residents in agricultural communities highlight the need to reduce exposure risk. For perspective, chloropicrin, one of the most widely used fumigants, was used in World War I as a nerve gas. A safer, effective method to suppress soil-borne pests would benefit everyone – farmers, farm workers, and local communities.

Biosolarization is simply an extension of solarization, which many people do in their garden. A plastic tarp is placed on top of moist soil to trap solar radiation and heat the soil to a high enough temperature to kill soil-borne pests.  While effective, solarization can take 4 to 6 weeks, which is too long for many growers to have their field lay fallow.

Biosolarization seeks to speed up and improve solarization. This is done by adding organic amendments, such as fruit and vegetable processing residues or compost, to the soil before it is tarped with plastic. The organic amendments promote the growth of thermophilic (heat-tolerant) bacteria that tend to compete with plant pest organisms. In addition, these bacteria produce volatile fatty acids (example, acetic acid) that temporarily make the soil more acidic and less hospitable to pests.  Combined, the soil heating and microbial activity can decrease the soil treatment time to a matter of days.

What does your research project involve?

We will be validating biosolarization under commercial agricultural conditions. In order for growers to adopt biosolarization, they must feel that it is effective, timely, and economical. We will use grape and tomato processing residue along with yard waste compost to amend soil for biosolarization and assess efficacy against two common crop pests – puncture vine, a major North American agricultural weed, and the roundworm Meloidogyne incognita, which causes root knot disease. Optimal pest eradication conditions will be determined first in laboratory bioreactors - small bottles with soil and inserted pests that mimic biosolarization conditions in the field. Next, real field trials that compare biosolarization with and without soil fumigation will be held at a farm associated with the Sunnyside Packing Company in Fresno, California and the UC Kearney Agricultural Research and Extension Center in Parlier, California.

Will you be testing for potential worker exposure to toxic fumes?

Yes, a third part of the study is taking gas samples from the fields undergoing no treatment, biosolarization, biosolarization with minimal fumigation, or fumigation only. Gas will be sampled at height levels that workers would likely be exposed. It is expected that biosolarization will contribute the least amount of toxic gas levels other than the control, and thus be safer for workers and the surrounding community.

What is your ultimate goal with the project?

Currently, small organic farmers and leafy green growers in the California Imperial Valley use biosolarization. Not only is biosolarization a sustainable approach to pest control by recycling food waste, but it also holds great potential for western states that have hot, sunny climates. Results from this study will help determine the safety and health benefits of biosolarization as well as provide actionable information to growers on how to adopt biosolarization in place of conventional soil fumigation.